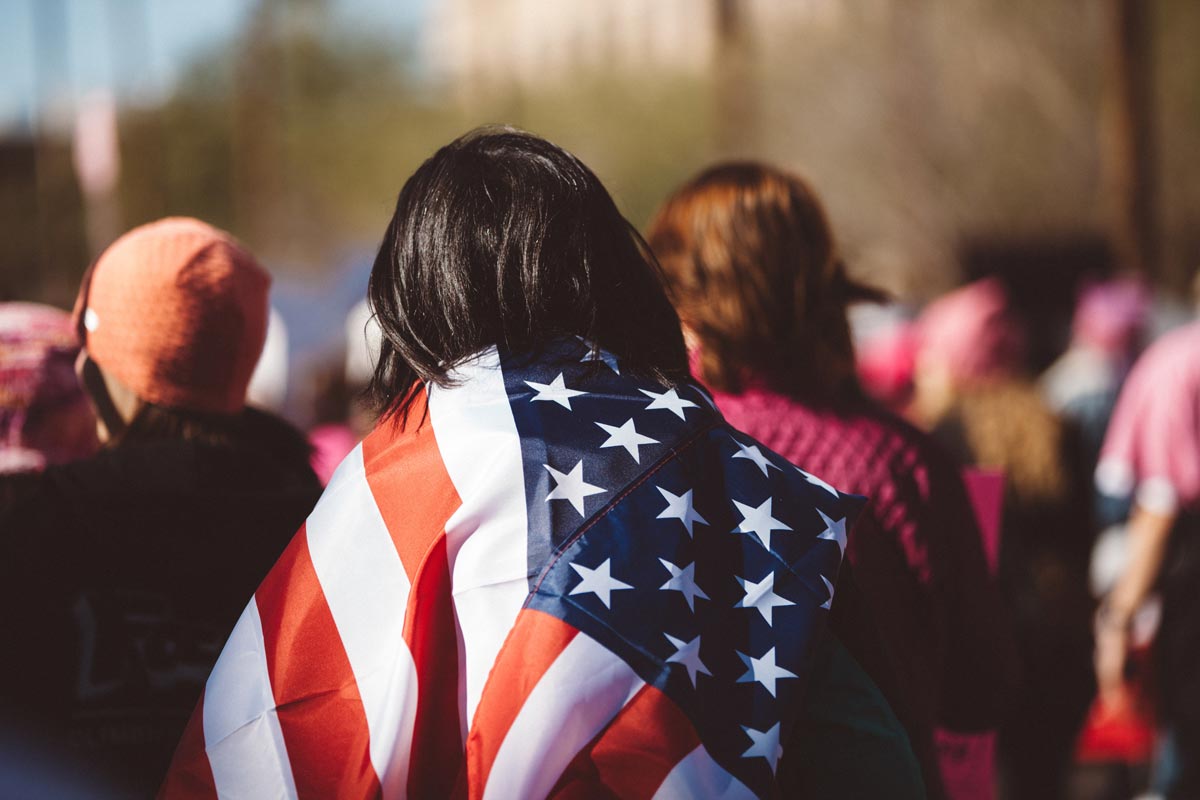 At no time in recent history have we more needed leadership to counteract the seemingly relentless movement away from decency, honesty and civil liberties, not only in the U.S., but around the world as well. But where is that leadership? It must start with us.

Many Democrats are speaking loudly. Some Republicans are doing the same. But something is missing - an all-out willingness to take on the horrifying return to the kind of hysteria some of us hoped had ended with the dismantling of the McCarthy era. For those of us who remember the House Un-American Activities Committee and outrageous lies of Senator Joseph McCarthy, the possibility of governmental repression is all too real. That insanity was a trumped-up reaction to the Red scare, the myth that Russian Communism was taking over America. But that was not the end of it. Since then we have had the Yellow Peril, with Chinese Communists about to take over the nation, followed by the Cuban crisis, the fear of Black radicals, "illegal" immigrants and now Muslims. Oh, and don't forget the Jewish Wall Street Communist conspiracy and Iraq's weapons of mass destruction.

The feeding of fear is not new, and there are clear voices protesting. But where is the movement that is needed in order to oppose this kind of debasing of the political conversation in an ocean of hysteria? We have tools. We already have great media exposure of the lies. We have fact checking and honest reporting. We have Facebook and other social media outlets for sanity and for a growing movement of opposition. We have outspoken religious organizations, including some Christians and Jews, protesting the profiling of Muslims, for example. And there is already much more vocal opposition than we had just prior to the disastrous George W. Bush invasion of Iraq.

But our protests are too scattered and individual. We need to unite all of our movements that have been fighting our own battles and have these groups come together around the shared battle against racism, prejudice and discrimination of any kind, as well as the current outrageous assault on civil liberties.

Look at the many movements that have mobilized around their own interests. We have gay rights groups, Black Lives Matter, women's groups, pro-choice voices, climate activists, Hispanics, supporters of workers and raising the minimum wage and so on. But where is the uniting voice of all these groups opposing the racial profiling of Muslims or the deportation of eleven million Mexicans? Where is the united opposition to the proposed reinstitution of torture, to the racism, fear-mongering and fear of foreigners in their latest forms? Where is the united opposition to the Republican Party's outspoken support of the worst our country has to offer, including the erosion of Constitutional protections and the attack on our principle of universal human values, rather than religious opinion? Or the opposition to those same voices in the Democratic Party, even though they are not as widespread? And where is the groundswell of Muslims openly fighting against prejudice toward Mexicans or Blacks, or defending the rights of women or gays?

Perhaps these groups are all speaking. Perhaps I'm not seeing the reports or hearing their voices. Or perhaps I'm not hearing them because too many of us are still fighting for "us" and still treating everyone else as "them."

And pass on these hashtags to every politician, group or individual who is spewing or even condoning hate and fear.

And let's remember and let's state to everyone:

We are Muslim, Mexican, Black, white, women, men, straight, gay, disabled, Christian, Jewish, Buddhist, people of all kinds, and we stand united. Prejudice, fear and discrimination of any type will be defeated and civil liberties will continue to bless our land. We are America and we are one.