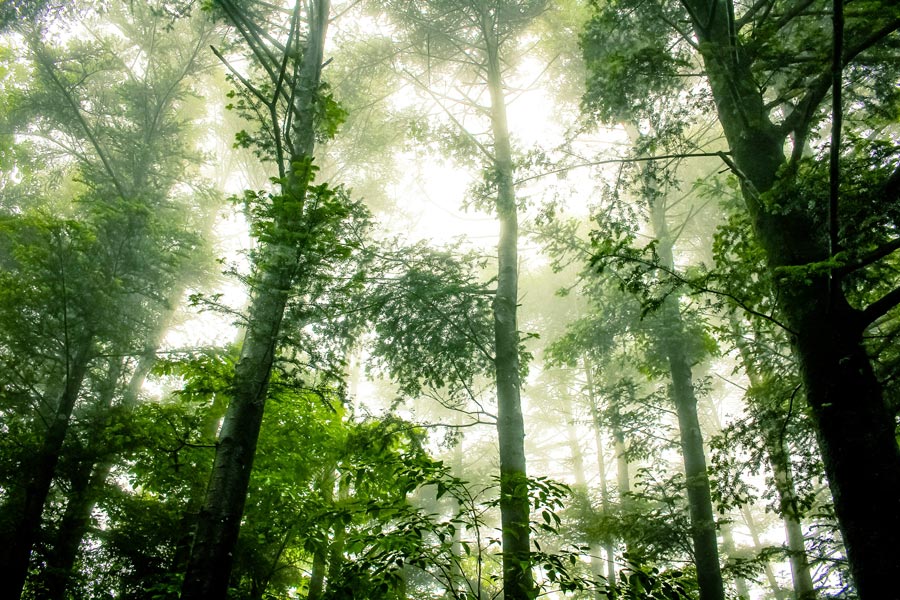 Breaching Our Inner Sanctum: Getting Off the Track to Nowhere

Irecently read that neuroscientists are confirming that we are not rational creatures. We have visceral reactions, and then we rationalize the behavior based on those reactions. On the whole, individually and collectively, we are running on tracks to nowhere, tracks that repeat endlessly the destructive and self-destructive patterns we inherited from our societies and that we formed while growing up in our mostly dysfunctional families. And we rationalize and rationalize these dysfunctional patterns, convincing ourselves and trying to convince others that we are reasonable, right and justified. The inner reality that justifies our often unjustifiable behavior is our inner sanctum, and exposing it to conscious examination is what I call breaching that inner sanctum.

If we get honest with ourselves and admit that we are a bundle of emotions and reactions looking for a justification, then what? Then we have to face the wreckage of our destructive behaviors as individuals and as a world. And then we're faced with the daunting task of cleaning up the wreckage of our pasts while trying to learn how to intervene between our reactions and our responses in the present and the future, so that we may liberate ourselves from behaviors that damage us and others.

These acts breach the wall of the inner sanctum; it is the process of being seen. A good psychotherapist or spiritual teacher might be able to pierce the veil of our rationalizations and describe what he or she is seeing. But this function can be fulfilled by anyone who has the ability to see and the willingness to share what he or she sees. But in order for this to happen, we need:

Of course, this is just the beginning of consciousness. We need to not only comprehend the feedback we receive from others, we need to develop the willingness and ability to see beneath our rationalizations ourselves. No one is with us as much as we are. And no one can feel the disconnect between our true motives and our rationalizations more than we do.

Because we do. We talk louder. We repeat ourselves. We protest. We get upset. We defend. And we justify some more. But on some level beneath the surface of the sea of unconsciousness is a small voice that says, "You're lying." And as much as we try to shut up that voice, it is there, which usually causes us to rationalize even more, as we try to pretend that we are entirely blameless.

Our inner sanctum developed in childhood, when we retreated into our inner world, where we created our version of reality. It felt like safety from mom's version of the world, or dad's or anyone else's. It's where we felt most at home and still do. But that inner sanctum is not pure and holy. It's not "truth." It is a creation of our reactions to our life experiences. It is skewed and warped, impacted by the views, biases and pathologies of those around us, as well as our own immature interpretations of the world and the choices available to us.

The inner sanctum, which started out feeling like a haven, soon becomes a prison, the place from which arise our reactions, judgments and motivations, the place that creates the reactivity that then has to be justified by us. It becomes the enemy of consciousness, the enemy of awareness, which might conflict with our so-called "truth."

It's hard for us to let go of the illusion that our version of reality is truth and that our inner sanctum is sacred. And it may feel hard for us to deal with the fear of being seen and the fear of other's reactions when we see them. But if our inner sanctum is never breached, we will be left with misperceptions, half-perceptions and all the reactions and responses based on an unconscious version of reality, which then guides our behavior and our destructive and self-destructive choices.

For humanity to grow and change, we need to breach our individual and collective inner sanctums. We need to become truly conscious. Here is the choice: We can continue to fiddle with the edges of our awareness by claiming we have gained consciousness by spouting true but general observations about human nature. Or we can delve into the nitty-gritty of our own reactivity and responses, lay bare their origins and examine their consequences. And for this, we need ruthless self-honesty and the willingness to welcome and embrace intervention from those who can see us more clearly than we are willing to see ourselves.

As an intuitive counselor and spiritual teacher for over 30 years, I am highly aware of people's reactivity when you breach the inner sanctum, and I am aware of my own. We collectively flock to leaders who make us feel good and puff us up in terms of our potential. We flee from those who confront us and ask us to confront ourselves.

We can continue to be unconscious and damage ourselves, one another and our planet. Or we can start to voluntarily drop the walls that surround our inner sanctum. Which will it be? A lot depends on our ability to deal with the shame that we feel when we are exposed.

Where does that shame come from, and what can we do about it? Great questions, and I'll deal with them in a later article. In the meantime, let's notice just how defensive we are and try to pinpoint just what it is that we are still defending. That alone is a step toward getting off the tracks to nowhere.