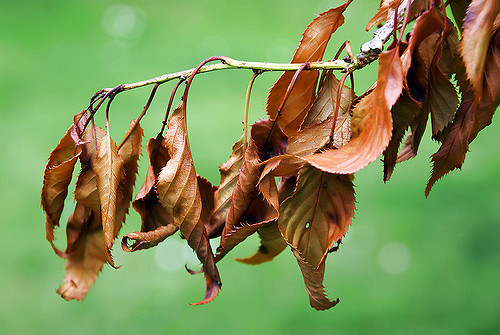 Do We Have The Courage To Prune The Behaviors That Refuse To Die? Can We Cut The Ego Down To Size?

To many of us, fall feels like a new beginning because we associate fall with the start of school and the end of that languorous season summer with its vacations and trips to the beach. But fall can feel like a new beginning for yet another reason -- because so many trees and plants shed their leaves, die or become dormant in some way. And that's really the beginning of the new beginning -- when the old begins to die.

For many of us, patterns that we have carried within us, sometimes forever, are beginning to die, but often they don't die gracefully like the leaves of the old maples. They die fighting. For example, our political system is corrupt. No matter what party you belong to, you can see that corruption is common. But what is that corruption about? It's about looking out for personal, short-term interest instead of for the highest good of all. It's about putting our group, family, town, football team, race, religion or nation before the whole, before the all, before the highest good. And while these patterns are destructive and sometimes deadly, they don't want to surrender and allow us to come together to co-create new ways. Instead, they scream that WE are going to die if we change, rather than that it is the old patterns that are dying so we can live.

It's not easy for these behaviors to fall away, especially if we are trying to change individually. How can we not stay short-sighted and self-serving when we see others being that way and getting rewarded for it? How can we not fall into the obsession to control when our child goes back to using drugs, even though trying to control doesn't work, or how can we not regress into patterns of shaming and blaming, when we see injustice? How can we not get into self-protection when we feel we have to defend ourselves against a world which is filled with powerful people who exploit us? How can we equally not get into self-protection when we feel threatened by the desperate and angry people, who have neither the skills nor the opportunities to be seen, acknowledged and cared for, people who may in fact be angry at us? Our many dysfunctional patterns, including aggression, addiction, discouragement, anger, denial and self-centeredness, these old patterns cling to us individually and collectively, refusing to fall, refusing to become the fertilizer for the future that they are meant to be.

The ego has created these patterns which are supposed to protect us but which ultimately destroy us all. Are we ready to take out the tools that will cut the ego down to size?