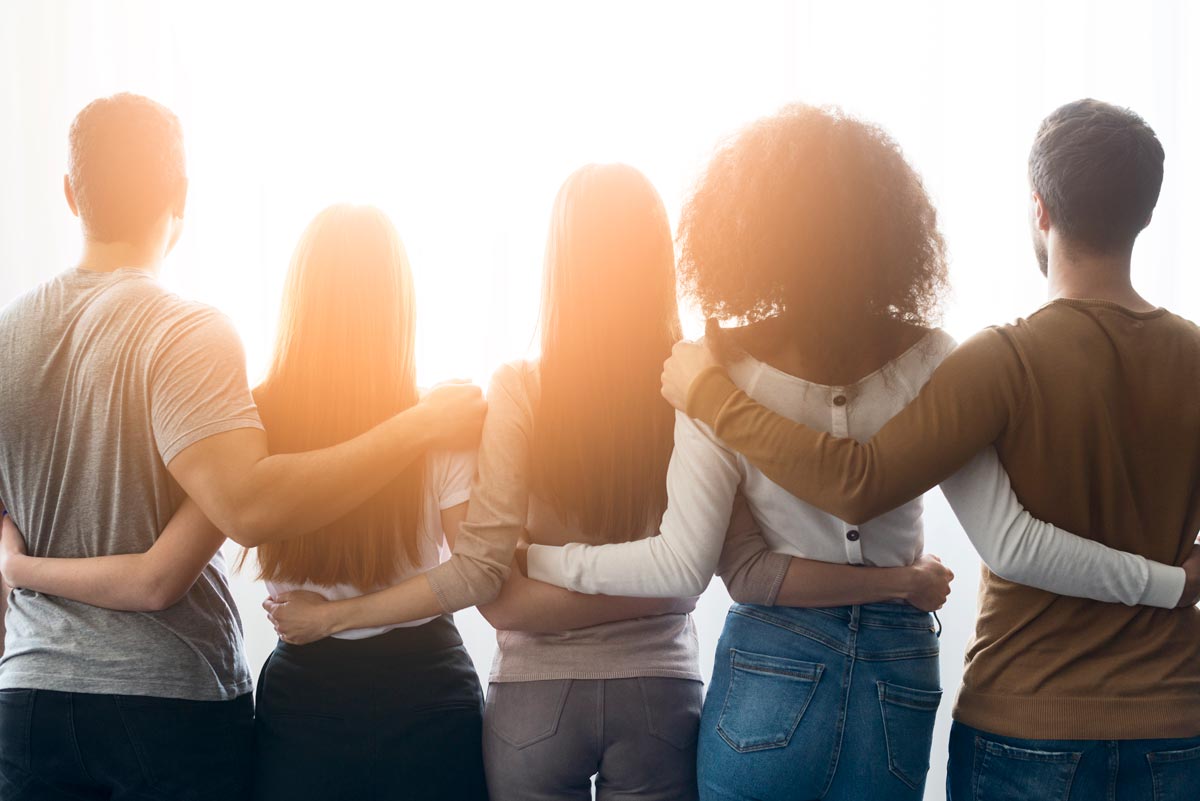 Do We Really Have Each Other's Backs?

Many of us believe supporting one another requires us to concur with each other's views. My friend feels hurt by somebody, and I get brownie points for agreeing. Am I really supporting him or her by doing so? Not necessarily.

The best way to support someone is to help them become more self-aware. For instance, we could ask our friend: What is your part? What is the truth about the other person with whom you are having difficulties? The same principle applies on a collective level. The best way to support our world is to challenge our friends, families, community, religion, race and nation to become more self-aware and more accountable.

If we are going to call ourselves and others on our behavior, it is first necessary for us to switch from judgment to compassion. Judging others blocks us from understanding them, and if we don't understand them we can't help them. In addition, if people fear our judgments, they won't come to us in an open-hearted way. The same goes for ourselves. If we judge ourselves for our own destructive behaviors and attitudes, we may feel deeply ashamed. The fear of our own shame might cause us to shrink from self-awareness and to avoid the support that could truly enable us to transform.

As we shift from judgment to compassion we are more able to shift from collusion to confrontation. Collusion means we accept behaviors because they are considered acceptable or because accepting them wins us the favor of others. But if we accept hurtful behaviors just because they are socially acceptable, or because we fear the negative consequences of protesting them, we are perpetuating those damaging behaviors. If, for example, I have a habitual pattern of being angrily reactive, I need to stop excusing myself by saying, "That's the way I am." I need to confront myself and seek the awareness and support to change. The same applies to my friends, nation, religion, and so on. If we accept prejudiced behaviors that are socially acceptable within our groups, we may be perpetuating injustice and missing the opportunity for all of us to grow.

Once we commit to confronting ourselves and one another, and once we commit to doing so with compassion, we are ready to take action. If we see hurtful behaviors in ourselves or others we can take a stand. For example, it may be an acceptable part of our culture to demonize the enemy or distort the positions of those whom we oppose politically. But just because something is part of the culture does not make it right or desirable. If we want to change our world, we need to speak up when we see people attacking one another. Yet at the same time, it is equally wrong for us to condemn the people who are attacking others. We need to try to understand what is motivating them, just as we call upon them to understand those they are attacking.

It can be very uncomfortable to stand up to ourselves or to our whole society. In fact, it can be downright daunting. After all, we might have to face unfortunate truths about ourselves, and/or we might face a whole lot of opposition.

But there is also a cost to collusion, whether we are colluding with ourselves or other people. Don't we know somewhere inside us when we are being hurtful? Don't we know when we are deliberately twisting information or ignoring the whole picture in order to justify our own anger or righteous indignation? Don't we know when we are ignoring the needs and perspectives of those who get in our way? Don't we also know when we aren't even trying to understand them? When we refuse to even try to comprehend their positions to see if they carry some truth? When we hesitate to look deeply into ourselves to see where we are being driven by the need to justify our own self-centered behaviors?

Aren't we actually hiding from the possibility that we might be wrong, that we might feel shame if we got honest, and/or that we might have to change in ways that could cause us discomfort or even seem to threaten our survival? Don't these factors stop us from inquiry? Don't they stop us from exploring the "other's" position? Don't they block us from distinguishing the truth in what we're saying from the flaws in our opinions? Doesn't all this block us from coming together and resolving our problems for the highest good of all?

What is true for the individual is true for the collective. Don't we know there is something wrong with condemning whole groups of people without inquiry? Don't we know there is something destructive about leaving others without resources to care for themselves and their children? Don't we realize that we are hiding behind fortresses and trying to protect ourselves with ignorance? Don't we know that we feel threatened by having to care for people of other races or nations, because becoming conscious of their needs might prevent us from using them?

When we fail to call ourselves to a higher level of consciousness, what is the impact on us? Isn't our relationship with ourselves eroded when we give ourselves permission to be negative, condemning, self-justifying and blind to our own part in any given situation? Don't we feel the pain of those that we hurt and the shame of hurting them, especially when they are close to us? Do these behaviors and attitudes help us to feel self-love?

When we disparage our loved ones, when we disparage people of other races and religions, families, groups, tribes or genders, don't we feel even more driven to discover bad things about them in order to justify our prejudices? Don't we seek even more rationalizations for our being oppressive, unfair or simply deaf to the voices of those we oppose for whatever reason? Don't we do the same with people close to us?

We cannot afford to support ourselves or one another in behaviors that are hurtful but considered normal. Yes, we all tend to be reactive. Yes, we tend to be fear-based and me-based. And, yes, this is true of ourselves, our friends and our "opponents" alike. But someone must stop us, and it has to be us.

We are all human, feeling beings who walk the earth. We all want validation, respect, comfort and love. We're all afraid of being hurt, dominated or abandoned. We may have habituated ourselves to different behaviors in order to achieve these goals, but the goals are the same.

Now isn't this the good news? Because we are alike, we can understand one another if we make any effort at all.

It's time for us to really have each other's backs, not by agreeing with each other even when we are wrong, but by calling us all to a higher standard. That means: