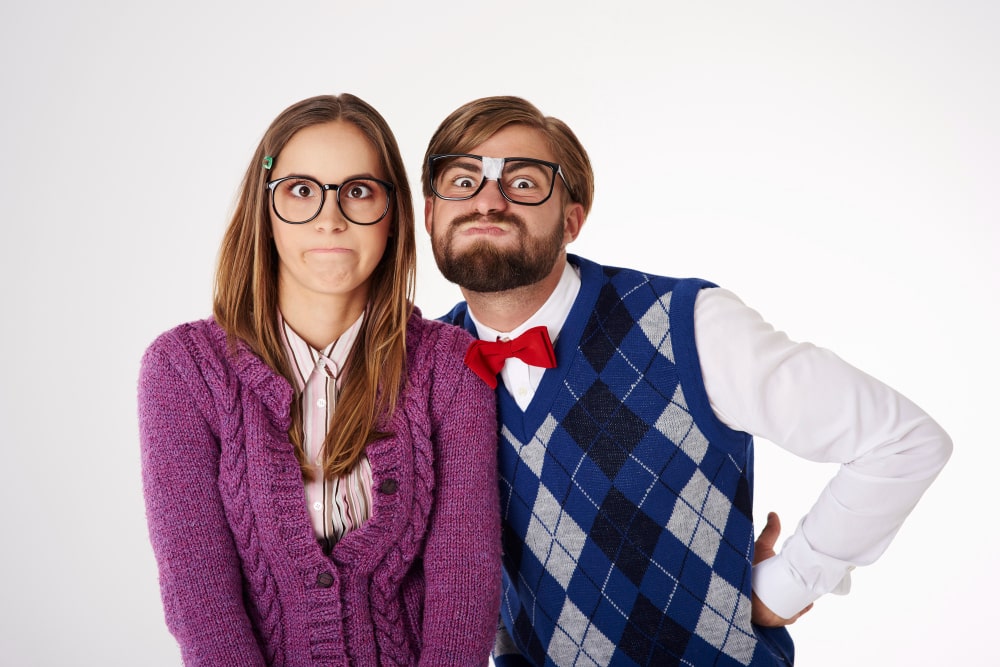 Dumb or dumber? A cautionary tale from Beth Green

Who is dumber? Someone "dumb" or someone judging the dumb person?

It all started with hand towels on a holder. I have a hand towel holder that sits on my bathroom counter. It’s a metal stand with two rings. I have a housekeeper and she puts the towels on the rings whenever she does the laundry. But one day I had to put away the clean laundry, and when I went to hang the hand towels, I noticed that the holder is built just too low. If you fold the towels and sling them across the rings, the towels drape onto the counter. Jeesh. Really dumb design. Since that day and my righteous indignation about the dumbness of the holder, I had never thought about the towel or the towel holder again. Until today.

As I said, I have a housekeeper. She’s lovely and a great house cleaner, but sometimes she puts things away in the wrong place. I mean she puts them in really dumb places, and I have had the passing thought that she’s obviously not as bright as I am. One day recently she hadn’t finished the laundry, and I had to put away the towels myself. Once again, I struggled to get this towel holder to work. It was those darned rings again. Being of superior intellect, I tried to find a solution. I turned the rings upside down, so that there would be more room for the towels to drape without hitting the counter. Not an unqualified success. One stayed up, but very precariously, and the second kept falling down, which meant those towels were hanging too low again. How the heck did my housekeeper get those rings to stay up? Then I forgot about it.

Yesterday, my housekeeper came again, and she put the towels on the rings, as usual. This morning when I went to wipe my hands, I noticed that one more time the towels were not hitting the counter at all. Of course not. My housekeeper had solved the problem long ago. She had doubled over the towels and then hung them on the rings. Now who is dumber: the me who could not figure out that I could double up the towels, or the me who thought my housekeeper is dumb, because she can’t always remember where things go when she’s running around trying to finish cleaning my house?

So after noticing the embarrassing hand towel incident, I headed into the shower and started thinking of other dumb or dumbers in regard to myself. What about this one? I’ve always had the judgment that Americans are obsessed with appearance, which is true. Pretty dumb. When I took a trip to Brazil over 35 years ago, for example, I saw all kinds of people, young and old, with missing teeth and scars or deformities. When you live in a Third World slum, you don’t have money for implants or cosmetic surgery, and you get to live in a world where hardly anybody looks perfect, and that’s the norm. But here, if you have a pimple on your face, it could be a cause for panic.

Ten years ago, I had a skin cancer surgery that led to a fairly large skin graft above and on my lip. The graft was great, but is still quite noticeable, and I have adamantly refused to cover it up with makeup or with yet another procedure to make it less apparent. Getting rid of all signs of the graft seems pretty dumb to me. In fact, probably nobody notices the strange deformity of my lip unless they’re looking at my face up close. A few months ago, I was watching public television, and I saw an expert speaking on some financial subject. I keep staring at his face. What was it? Scars? A slight deformity of his ears? What? Here I was, holier than thou, wasting my brain power, not 100 percent listening to what he was saying, but distracting myself by the question of whether or not this guy had been burned. Dumb. Recently I watched a video of myself speaking on some exalted subject, and the whole time the camera was focused close up on my face. At that moment, I became very aware that there is a large scar on my lip that I had refused to cover up. I still don’t feel drawn to wear makeup or do anything to eliminate the scar. But who is dumber? The me who was staring at the guy’s scars wondering what happened to him, or the me who thinks nobody else will stare at mine and have the same thought? Duh.

Now for just one more. So I’m standing in the shower feeling amused by myself and something else comes to mind. My mother is a frail and wobbly 95-year-old woman, who had a bad fall last year. Yet she refuses to put a plastic chair in her shower, because the chair doesn’t match the décor. Dumb. Really dumb and dangerous. Mom has always been an absolute stickler that everything about her and her home must look perfect. No toothbrush sitting in plain sight in the bathroom, no hair out of place. Dumb. Not me. I’m above that. So today as I was showering, the following thought crossed my mind. I am younger than 95, but pretty frail and wobbly. I have been longing for a seat to be in this shower so that I can sit down and dry myself off in comfort and safety. But no, there’s no way I am going to put a plastic chair in my shower. How could I? I just bought this house. I love my shower, and I’m just not going to ruin the décor. There may be seats especially designed for showers. I have no idea. But, if so, I don’t have the money to pay for one, even if it exists. So nope, I would rather take the chance of falling over than put something unsightly thing in my shower. Oh my God. Who is dumber? The me who is willing to endanger myself by not putting a plastic chair in my shower, or the me who thought I would never be that dumb?