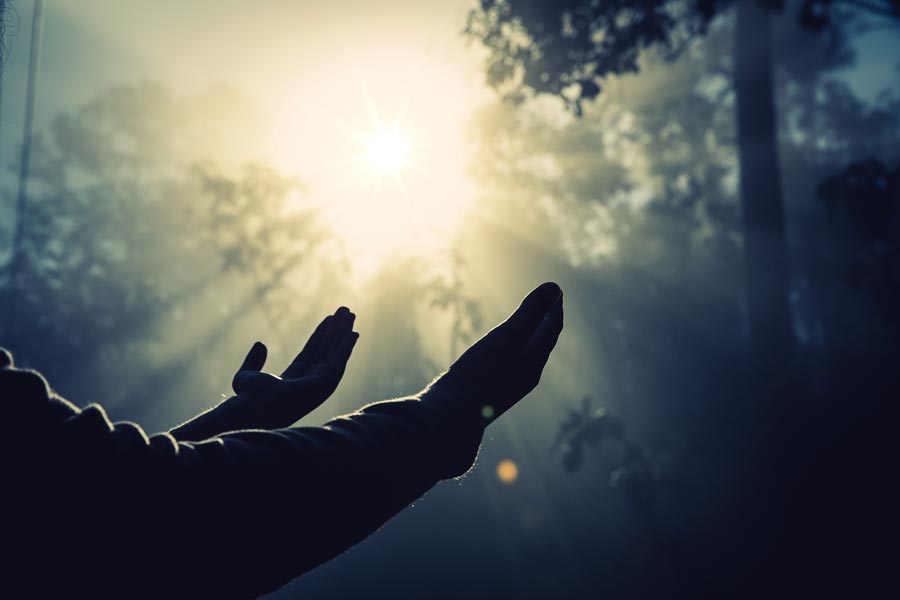 E-mail from Jesus: Knowing me, the money changers and my last words

Thank you for your interest in my first email and for the conversation that ensued. Three of you asked questions to which I promised a reply in my next e-mail. I am writing to you now.

Ann asked how to know that it is I who responds to her when she asks a question. Christopher asked about my last words: Did I say Father, why have you forsaken me? And JD inquired about the veracity of the story of me driving out the money changers from the temple.

I would like to speak first to Ann’s question, how to know that it is I. Ann, everything in existence has an energetic footprint, which you can sense. Sometimes humans associate that footprint with a feeling, image, sound or smell. An infant recognizes her mother’s heartbeat; a mother recognizes her child’s cry; lovers recognize one another’s scent. But beneath and beyond these sensory experiences is a vibrational experience of which most people are unaware. If you are quiet and attuned, you can sense it directly; if not, you will believe that you recognize others only on the sensory level.

As it is in the material realm, so it is in the spiritual realm, which is the realm of vibrational energies beyond the five senses. Everything in the spiritual realm can be perceived intuitively through its energetic footprint, but you must be attuned to doing so. In addition, everything in the spiritual realm can also be indirectly recognized through your reactions to those invisible vibrations; in other words, by the way you feel when you are in its presence.  If you are with a negative energy, for example, you may feel fear, but you may also feel false power and self-justification. That would be determined by your reaction to that presence. If you are with a higher consciousness, you may experience clarity, neutrality or bliss, but you may also feel anger, fear or shame, depending on your own state of mind, depending on how you feel about yourself in the presence of God or one of God’s ambassadors.

Which brings me to the question about the money changers. Did I drive them out and, if so, why? The answer is not simple. I came to this world to remind people of God, and I went to the temple with that intention. Those who connected to my presence understood what I was saying; those who reacted to my presence felt shame and anger, because they felt threatened and guilty. The masses of people were coming to the temple for socializing, conversation and gossip, and they resented my interference in those activities; and the merchants were using the temple to earn their living and felt threatened by the implications of my words.

When the people at the temple were with me, all experienced the presence of God, which, in turn, helped them feel calm and neutral. In that state of mind, they were able to hear me, experience the truth of what I said, and begin to disperse. But they also had lurking within them the entirely human reactions of anger, fear and shame. In the moment that they were truly connected to me, the feelings of anger, fear and shame were vastly outweighed by the feeling of bliss that always comes when people experience themselves closer to God. After the event, however, when they were no longer feeling directly supported by my presence, the people felt alone with their fears. They interpreted my actions in the human context. “I” drove out the money changers. Most people returned to their old behaviors, and the anger, fear and shame surfaced essentially unopposed. The event was remembered as a story, not as a spiritual experience.

Which brings me to my last words. I did not utter any of the words ascribed to me at the end of my life. People were not able to experience the presence of God during the crucifixion and the events that led up to it, and so they felt and carried with them their human reactions to what had transpired.  They felt fear, anger and shame. Nevertheless, it was a transformational moment for me. In a moment of weakness, I believed that I had failed God. I saw my followers and supporters scatter to the wind, and I interpreted that behavior as meaning that people had deserted God, which I interpreted as my failure: I had not inspired them enough. By the grace of God, however, I was able to transform. It came to me from higher consciousness that  if I was to truly accept my destiny, I had to accept that people would respond as they were able, and that included my followers, whose fear and confusion were in that moment stronger than their faith and connection. I had not failed God, because none of what transpired had anything to do with me. It was all in the hands of the father and according to the plan.

Now to return to Ann’s question, Ann, when you are with me, there are two ways to know that it is I. First, you can become attuned to my vibrational footprint. One way is to do this is to read my columns and hear my words, through which you can learn to recognize me. And, second, you can become aware of the way you feel in my presence. Be assured that when you call to me, I will be there. The same would be true if you called to the great Buddha or other massive spiritual energies. After calling for guidance, then listen. You may not always interpret my communications correctly, and the words may become garbled, but you will always feel the impact of my presence.

If you wish to ask me further questions, I will be here. With warmth and love,