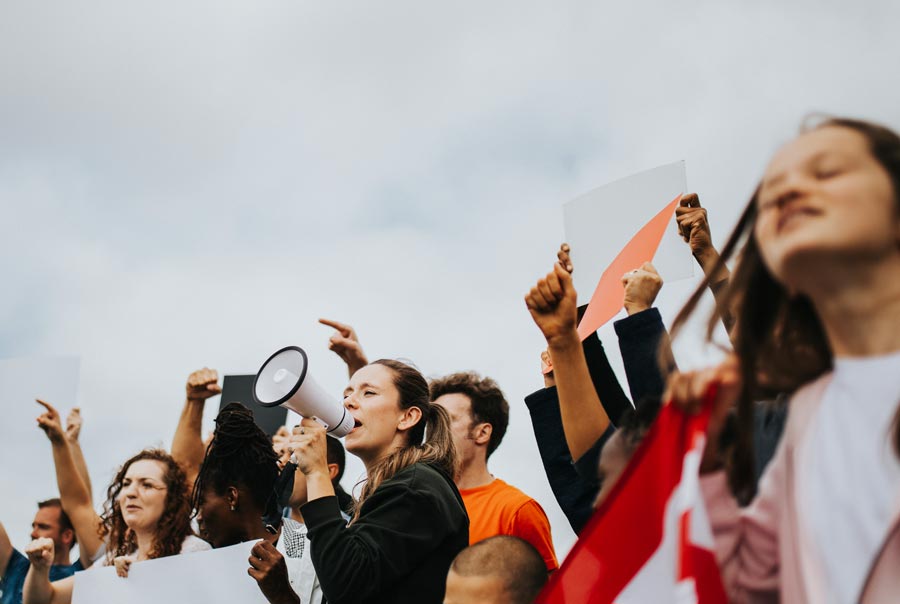 Is There an Inner Revolution Taking Place on This Planet? You Bet!

I have never been happier in my life, and I want to tell you why, because it's about you.

Ihave never been happier in my life, and I want to tell you why, because it's about you.

I have lived long enough to have participated in many of the social movements of the second half of the twentieth century. I have felt the clubs of the police on my back, the rage of the men when I acted as though I were equal, and the intimidation of the government when we stepped out of line. And I fought, along with so many others to end racism, discrimination, exploitation and our wars of domination. And I fought with so many others for the rights of farm workers, women, gays, workers, the poor, Welfare mothers, tenants and more. And I have embraced eating organic food, debunked the notion that doctors were gods and taken responsibility for my health to the best of my ability. And I have lent my voice and resources to the effort to stop the destruction of our environment, the environment that supports and sustains other species, as well as us. And I became a spiritual teacher and a healer and have helped some of the people some of the time. And I have been inspired by the absolutely incredible fights that people have waged against all odds and the courage of those who have risked and sometimes paid it all for what was right.

But the suffering has gone on and on. And, like so many of you, I have cried and anguished over the continued intense pain of the citizens of the world who have barely had a voice, not to speak of the animals, whose pain has been so easy to ignore, because it is inconvenient to see and feel. Or I tried to get busy with other things so I would get numb. Or I stopped reading the news. And sometimes I have felt that the only way out of this collective pain is death, that only death could finally release me from the anguish of having to see the brutality and needless pain inflicted on the young, the old, the sick, the working adults, women, soldiers, minorities, the helpless, the weak and the apparently strong, because, yes, I ALSO saw the intense pain of those who seemed to have all the advantages, but whose souls were rotting because they were surrounded by the suffering of others and they didn't know what to do with those feelings.

But now, I am happy, because something miraculous is happening in our world, and I call it the Inner Revolution. And, believe me, it IS happening. June 18th the Pope called upon all of us to confront human-made climate change and to get off our duffs and take action. That Pope is also guiding the Church away from its emphasis on conservative moral issues and toward a focus on people's needs. He has asked his flock to become revolutionaries, in order to be Christian. Pope Francis has also ended a long-lived witch hunt of American nuns who were caring for people in the now, rather than obeying the male hierarchy, which was telling them to focus on compelling people to adhere to rigid Church doctrines so they could go to heaven later. The Pope is the leader of one of the most rigid hierarchies in the world, the Roman Catholic Church. In the moment he has taken any of these stands, he is both a leader of the Inner Revolution and a product of it, because he couldn't have spoken up if he were alone. That's not just the Inner Revolution. It's a miracle.

The Inner Revolution is happening, and it's happening everywhere - from Afghanistan to Arizona. It seems to be a series of mini-revolutions that are organic, spontaneous and seemingly disconnected. But when we look beneath the surface, we discover that these mini-revolutions reflect a deep shift in human consciousness. We are shifting away from an egoic view of the world, and we are embracing Oneness, Accountability and Mutual Support as key to our happiness and wellbeing.

Oneness: We are recognizing the illusory benefits of focusing on the needs of "me," my family, gender, race, class, nation or group. Oneness is living from the reality of the "we," our deep connection to each other and to all. Accountability: We are recognizing the futility of blaming others instead of changing ourselves. While we must hold others accountable for the damage they do, Accountability reminds us to focus on the impact of our own thoughts, feelings and behaviors on ourselves and our world. Mutual Support: We tend to want what we want; when we get anything else, we feel like we've compromised or lost. Mutual Support tells us that we should always do that which is for the highest good of all, which includes us, because we can't be happy or even safe in a miserable, violent, angry, addicted or hungry world. I am not my brother's keeper. I am my brother. I am not my sister's keeper. I am my sister.

Examples abound. White kids are protesting the unfair treatment of their Black friends. The majority is suddenly supporting gay marriage and transgender self-identification. And no matter what we may tell ourselves or others, we are ALL repulsed by war, violence and the needless pain we inflict upon ourselves and each other to look "cool," fit in, get ahead, grab something we think we need or prove something about ourselves. Aren't we as a society revisiting the failed strategy of incarcerating more and more people rather than healing the pain and alienation that fuels crime? Aren't we asking ourselves how to stop police brutality, which is only the most obvious example of our collective tendency to overuse force and underuse trust and support? Aren't women in the Middle East fighting for their rights against the overwhelming force of traditional and institutionalized male supremacy, and aren't they finding support? Haven't people everywhere whisked out their cell phones to publicize injustice? And don't we long for community, real community, a community of real connectedness, rather than slavish adherence to oppressive or irrational rules and norms?

Yes, we have a long way to go. We are just scratching the surface of questioning whether competition is better than cooperation and whether or not winning IS the only game in town. But the Inner Revolution is nonetheless underway even in our fundamental belief in competition. We are starting to look at our national sacred cow, sports, and ask ourselves why young athletes should suffer concussions and lifelong disability in order to get a ball across a goal line, so that somebody can make lots of money and the fans at home can have one moment of feeling like winners. And we are asking ourselves if profits really are more important than the wellbeing of employees and consumers, not only in our own land, but across the globe. And we're questioning if short-term gain is worth the price of the wholesale destruction of our environment. And we are asking whether we have had enough of politics based on power and influence. And to our amazement, we have a self-proclaimed socialist running for President.

And you wonder if there's an Inner Revolution afoot? Never before in my experience have so many people grasped the opportunity to protest, to rethink and to stand up against the mindless traditions we have accepted as normal and to embrace life-affirming faith in ourselves and one another. Armed with cellphones and social media, people are spontaneously joining together for the greatest Inner Revolution I have ever seen. And I am moved. I ask you to look within and to embrace the Inner Revolutionary you find there. You're not alone.