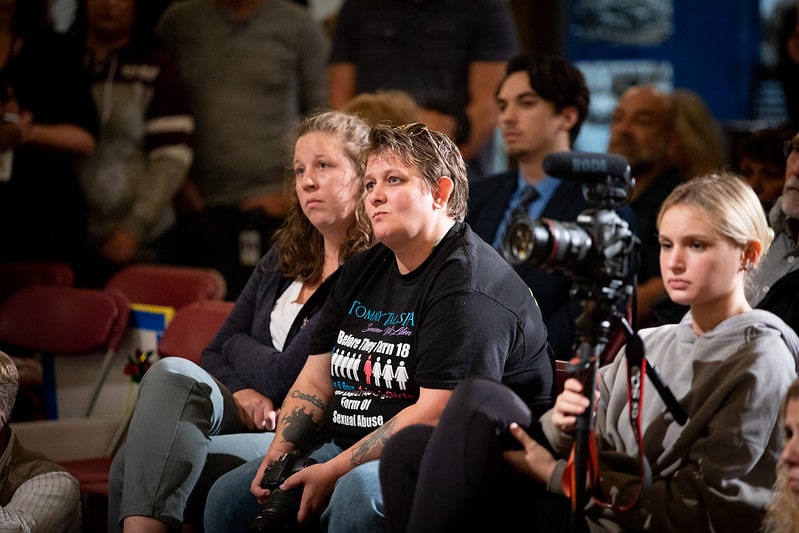 Easter and sexual abuse — where is the redemption?

Why are some people shocked by continuing allegations of sexual abuse within the Catholic Church and the alleged complicity of the Pope? Because we want to believe that there are institutions and people that are exempt from the corruption within human relationships.

Why do we expect that? The church is an organization of human beings, not an organization beyond the human. Nuns and priests are no different from us: flawed, seeking, filled with anxieties, shame, sexuality and fear. Bringing them together in institutions does not eliminate their characteristics nor exempt them from the normal human impulses and desires that often unbalance us all. In fact, sometimes bringing them together in repressive institutions exacerbates those very flaws.

Perhaps the most severe problem within the Catholic Church is the fact that, as a practical matter, the church has not acknowledged the reality of human needs and dysfunction, has labeled human qualities as sinful and has not sufficiently supported its own members to be mentally and emotionally healthy, which would require us to integrate rather than deny all parts of ourselves. Just as we are more likely to focus on the flaws of others rather than the weaknesses of ourselves, the church has been more willing to focus on the flaws of individuals within the church rather than focus on the weaknesses in the institution itself.

First: What is our response to the crisis? To point fingers at “them” – the molesters and the officials who covered up the abuse. Pointing fingers is easy, isn’t it? We love feeling angry and self-righteous, and we love to tear down that which has been built up. That is a human weakness.

And on that topic, let me take a moment to connect this event to Easter. Jesus is the symbol of the messiah crucified. We love to raise people up and then tear them down. We did it with Jesus, President Clinton and Tiger Woods. We do it with parents, bosses and spouses. We do it with anyone we want to be better than us, stronger than us, more than us.

The church is vulnerable. It placed itself above “us” and it turns out to have feet of clay. This has made it vulnerable to collective anger, resentment, and attack. The church and we expect the “religious” to behave better than we do, and we voice our shock and dismay that “they” are doing that which we know “we” do as well.

Secondly, we are all molesters in a specific meaning of the word. Molestation in my definition is the process of exploiting someone else’s vulnerability in order to hide our own. Understood deeply, we are all molesters. In addition to acknowledging that many of us have sexually abused children, including siblings, let us acknowledge too that we all have a tendency to exploit the vulnerability of others: We humiliate those who we consider dumb; we puff ourselves up in comparison to those who are easy targets; we yell at children; dominate those without the voice to protest; make fun of people we find ridiculous; ask things from people who feel they have no choice but to give them. And we condemn the church when its weaknesses show.

Third, we too commit cover-ups. We cover up our own faults and pretend we are more generous in spirit than we are. We hide the wrongdoings of people in our families, especially if exposing those wrongdoings would jeopardize our income or standing in the community. We allow our husbands and wives to abuse our children because we don’t want to rock the boat or lose the income or support they represent. And yet we yell loudly at the wrongdoing of others.

And finally, some will say of the church: But we trusted our children to those people. And, of course, none of this is meant to condone the sexual abuse of children or the cover-up of church officials. But sexual abuse in the church has gone on for generations. Why did those who were molested not alert others to its existence? What accountability do we all have for allowing and condoning the continuation of these practices? Where are we allowing the weak and vulnerable to be exploited now?

When we gather on Easter, let us not gather to condemn others. Let us gather to:

This is Easter. Let us rise like Jesus from the dead. Let us rise above our tendency to judge, blame and feel superior to others. Let us acknowledge the pain that we all collectively create, and let’s try to co-create a society where people’s real needs are met and where they are not driven to heinous acts in order to meet the needs they are not even allowed to acknowledge.