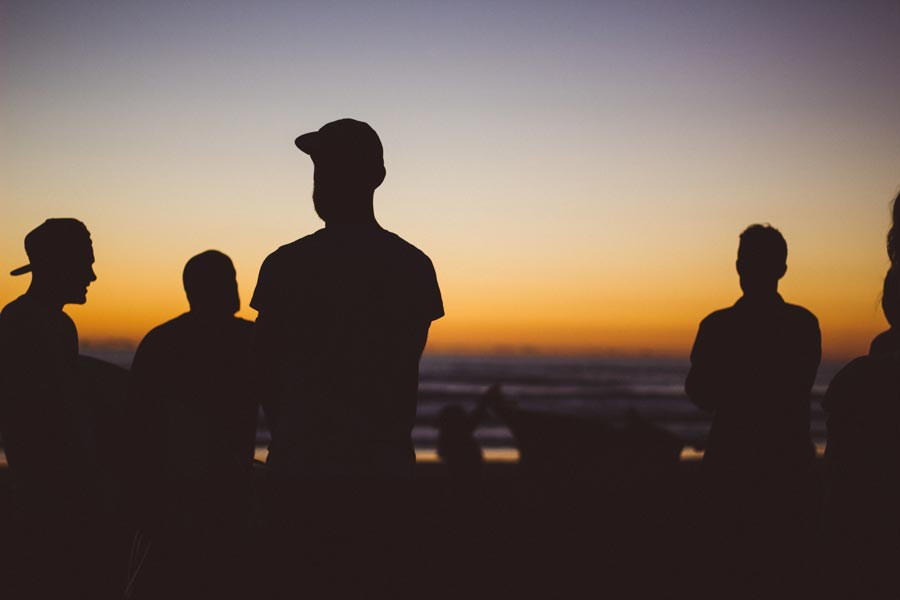 In my last blog, "Why Are We Addicted to Sex?" I suggested that we look more compassionately at the seemingly never-ending series of revelations of sexual misconduct by public figures. I also asked us to look more deeply into our own sexual behaviors and what they reveal about our lack of fulfilling intimate relationships and the disconnection between our sexuality and our spirituality.

Many commenters disagreed with my point of view and suggested that men's sexual behavior is more animal than women's because men and women are just different. While there are some differences between men and women -- inherent and cultural -- men and women's behaviors and feelings are more similar than most of us acknowledge. So why do we deny it?

In an ego-based world, we tend to see everything from the perspective of "me." So it's not surprising that men and women want to be believe that the opposite sex exists to meet their needs. This requires the opposite sex to be different from us. In addition, men and women have hurt one another, and a habitual way to deal with that pain is to stereotype or put one another down. Here are just a few self-serving myths that women love to repeat about men. While they are presented humorously, they cause pain.

While there are some inherent and cultural differences between men and women, our behaviors and feelings are more similar than most of us acknowledge. So why do we deny it?

1. Men are not as sensitive as women.
How this can be? Everyone has seen the sensitivity of crushed little boys when faced with rejection by other children, harsh words from parents or the humiliation of not being picked for the baseball team. And who can forget the timid face of the little boy who is seeking a girl's attention?

Why do women promote this myth? Because, at times, it suits us to do so. If we are more sensitive than men, then we are justified in expecting that our relationship revolve around our feelings and not theirs. The deadliest words in a woman's vocabulary are, "But I told you that if you did ...., then I would feel ....," which means that, automatically, the man has got to do what we want because otherwise it would upset us too much.

Men, like women, are insecure, craving validation, afraid of being judged by their peers and burdened by gender expectations, including the burden of believing that they are not as sensitive as women. Let's try to remember that.

2.Women are stronger than men.
Now this is funny. No sooner have we announced that we are more sensitive than men, then we confide to each other that we are stronger than men are. After all, we bear the pain of childbirth and put up with the stress of screaming children, menstruation, working in and out of the home, and many other burdens men don't seem able to tolerate or don't have to. Women have certainly handled amazing amounts of stress, sometimes well and sometimes not. But while we give ourselves compassion about being overburdened and vulnerable, we are angry at men for not being able to carry on, and we have tended to cast their vulnerabilities in terms of weakness.

Both men and women have borne stress and pain. While in today's world those stresses are becoming more similar (with men taking on more of the childcare and women, more of the earning responsibilities), men traditionally have born the pain of bullying, physical labor in construction, mining and other tough fields, physical brutalization by their fathers (often, though not always, worse than the physical abuse to daughters), not to speak of war. And speaking of war, there is no evidence that women are more or less traumatized by war than men. Nor are women less traumatized by emotionally abusive parents or spouses.

And speaking of emotional pain, men have traditionally had to tolerate abusive bosses, cut-throat competition in business and the derision of other men. And speaking of "weakness," no less than men, women can be devastated when a spouse leaves or when a child becomes drug addicted or show signs of mental illness or dysfunction.

Let's be honest. Both men and women are vulnerable, and we all hurt. So why do we want to believe men are weaker? Because we are angry at them for all kinds of reasons, justified and unjustified. Plus calling them weak is a handy explanation for men's avoidance, depression, alcoholism, paralysis or acting out. If we simply dismiss them as weak, we never need to try to understand their sensitivities and support them, which would require us to look at ourselves, plus have compassion. Which leads us to the next myth.

True, but does that mean that women need support more than men? Isn't it more likely that women head for support, because it's a socially acceptable myth that women are more sensitive and so, therefore, it's okay that they need more support? Isn't it their fear of looking like women that causes men to head into the bar instead of to the support group? Don't men lack the tools and structures that give them the permission and the means to get support, especially from one another?

4.Men are more capable of handling stress.
Another contradictory myth, isn't it? We have just told ourselves that we are stronger than men, but when we don't want to face something, we tell ourselves that men are more capable of handling that particular stress, because they are not sensitive. Since men have no sensitivity, I guess we'll have to assume that they were born with weaker hearts, because why else do they die younger than we do and run to the track, the bar or the brothel to seek escape from the stress that is exploding within them from their work, from their belief that they should be stronger than they are, from the role of protector and breadwinner, which fewer and fewer of them are capable of filling? Yup, men are clearly more capable of handling stress.

5.Men need sex; women need intimacy.
Both men and women love this shared myth, but it's another fallacy. Men need sex, and so do women, except when we've been abused or repressed out of our desire. Women gaggle at good-looking men, and young girls seek sex with adolescent boys when our hormones are raging. If women did not need sex, there wouldn't be so many unwanted pregnancies, and who would all those heterosexual sex-crazed men be having sex with?

The myth that men don't need intimacy is repeated by us women so that we don't have to examine why our men have withdrawn emotionally, why they might feel hurt or scared, or why they might be angry at us because of our self-centered attitudes. Of course men want intimacy as much as women, but because men are not supposed to be as sensitive as we are, they pretend to themselves and others that they only want sex, and they run away from the implication of weakness that their need for intimacy reveals.

Of course, there are equally damaging myths that men have about women, myths which are also self-serving and which justify men's being dismissive, if not abusive or exploitative of us. The history of oppression of women has left its scars on us both, but all these myths separate us and block us from true intimacy. What if we gave them up? What if we began to see one another's pain, saw one another as real, stopped wanting each other to meet our needs, but came together to meet our collective ones?