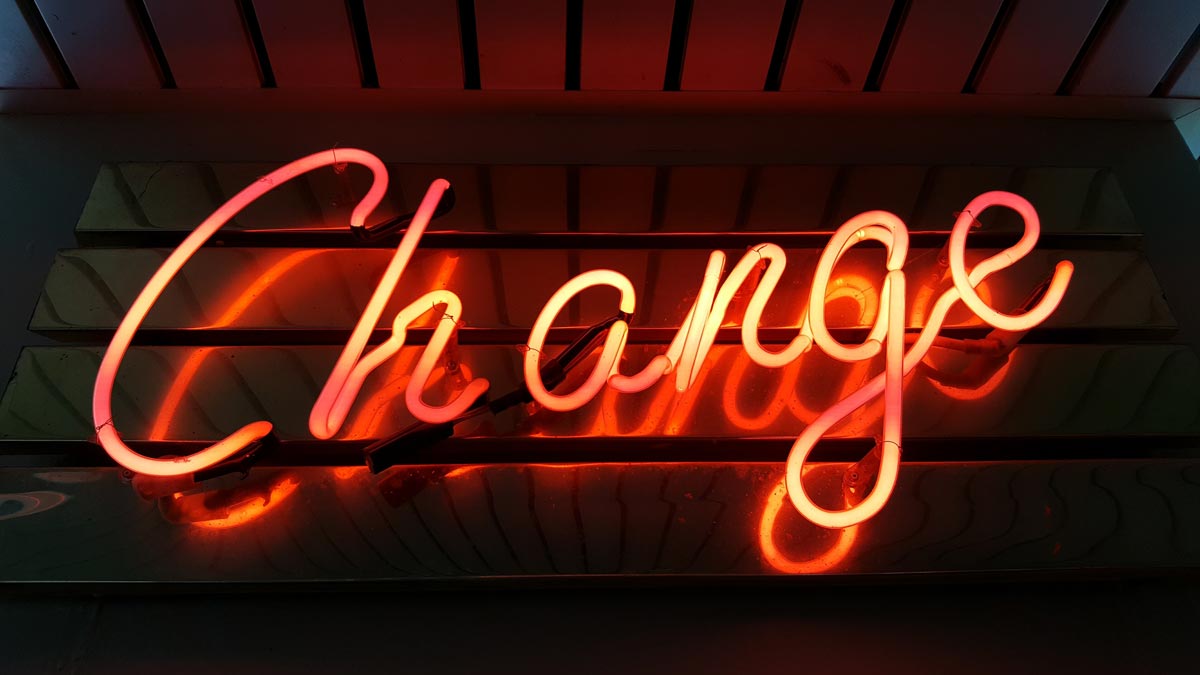 The Hope for Positive Change: Keep the Heat On!

We all have behaviors that we know are destructive, and yet too often we seem to be helpless before them. We try to change, to no avail. Do we quit our efforts? Or do we hold steadfast, refusing to give up before the miracle? Through future blogs, I will continue offering suggestions about how we can change. But for now, let's get real about one important point: Change is slow, nonlinear, and sudden. Now that sounds like a contradiction, but let's see what I mean.

When we boil water, we know from experience that if we heat the liquid long enough, it will turn to steam. At first, no matter how much heat we apply, the water will not boil. Then suddenly, it does. Suppose we didn't know for sure that the water would ever boil? Would we continue burning fuel hoping for an unknown outcome? Possibly not. And suppose we anxiously hovered over the kettle waiting for it to boil? Wouldn't the process seem interminable?

Change is slow, nonlinear, and sudden. Now that sounds like a contradiction, but let's see what I mean.

This is how it is with human transformation. We try, we struggle, we keep the heat on. If we get discouraged and give up, we will never know whether or not we could have succeeded. If we keep the heat on, we reach the moment when change becomes possible.

Whether it is us or another that we hope will transform, human change can be frustrating. Remember the process of change is slow, nonlinear and sudden. First, let's talk about why it's slow. Patterns of thought and behavior run deep and are resistant to alteration. Why? Because they are ingrained, old and usually based on some unremembered survival strategy born in a time before our consciousness was fully developed. If we have been repeating this same behavior over and over, year after year, it can be so ingrained that we can be blind even to its existence. Me, a complainer? No, you must be describing someone else. In addition, our brains, bodies and lifestyles are already attuned to the pattern, positive or not. If, for example, I am used to raging, my brain is accustomed to the chemicals of rage, and everyone in the family is used to giving me my way or getting out of the way. My raging seems normal. In fact, everyone confuses the behavior with ME. You know, John or Maria is just that way.

Change is slow also because patterns in us are usually similar to patterns in others, and without collective support, our individual change is more difficult. In a society permissive of prescription mood-altering drugs, for example, it is hard to resist. With "everybody doing it," our dependence is not even noticed until we become hopelessly addicted and/or have damaged our health. To stand up to our own drug dependency requires that we confront not only our own addiction, but our sense of belonging in a culture saturated with addictive medications.

Second, we said that human change is nonlinear. How is that? If you apply heat to water, it continues to get hotter until it boils. But when we try to change, we find ourselves frequently regressing. In the moment of regression, instead of reminding ourselves that it is normal to take two steps forward, followed by one step backward, we tend to panic and forget that we're moving forward at all. Filled with shame, we become victims of our own negative thinking. "See? I just can't." The old patterning is just waiting to leap on our discouragement. If the old pattern had a voice, it would say, "Come on. You really can't stop smoking. Why not just admit it and comfort yourself with another cigarette." In addition, when we are under stress, the stressful situation itself offers a handy excuse for us to return to the pattern we have barely begun to break. Ingrained patterns of body, mind and spirit are like the worn, comfortable slipper or the old girlfriend you know you need to leave but who seems like a great fallback when you've just lost your job.

And finally, change is sudden. Now this seems like a contradiction, but it isn't. Back to our example of boiling water, the water gets hotter and hotter and then, seemingly suddenly, it begins to boil. It appears that the change has happened in the moment the water turns to steam, but it has really been happening every step of the way.

That's the way it is with us, as well. We may have sincerely been working on ourselves for a long time to no avail, but then all of a sudden, a trauma, a dramatic event, a fantastic lecture or therapy session seems to catapult us into a new state. We perceive the transformation as occurring in the moment; we often forget the years, months or decades of work that brought us to that point. How much better it is to remember the huge effort it took for us to get there. How much gratification we then can feel, not only about our change, but about the perseverance and dedication that kept us trying.

If we do not acknowledge that change in ourselves and others is slow, nonlinear and then sudden, we are easily tempted to give up. We can say, for example: I tried Alcoholics Anonymous before, but it didn't work, so I won't go now. I tried talking to my brother many times, but he didn't listen; there's no point in trying again. I have been trying to give up sugar for five years, and I still find my hand in the cookie jar; let me drown my sorrow in cupcakes. My life partner and I have been working on our relationship for years, but it never gets better.

If we are to keep moving forward, let's alter our attitude toward change itself. Let us stop judging ourselves and others as impermeable and resistant beyond hope. Let us hug ourselves and others and evaluate ourselves by our efforts rather than our results. Let's remember the magic moment when water turns to steam. Let us realize that changing our attitude toward change will itself be slow, nonlinear and then sudden. Let us have faith in ourselves. And let us have faith in the power of faith.

And always remember that we need to continue to have faith in our capacity to heal. To do that, let's remind ourselves that change is slow, nonlinear and then sudden. Let's never give up on ourselves or one another. Let's work on ourselves every day, and let's keep the heat on!