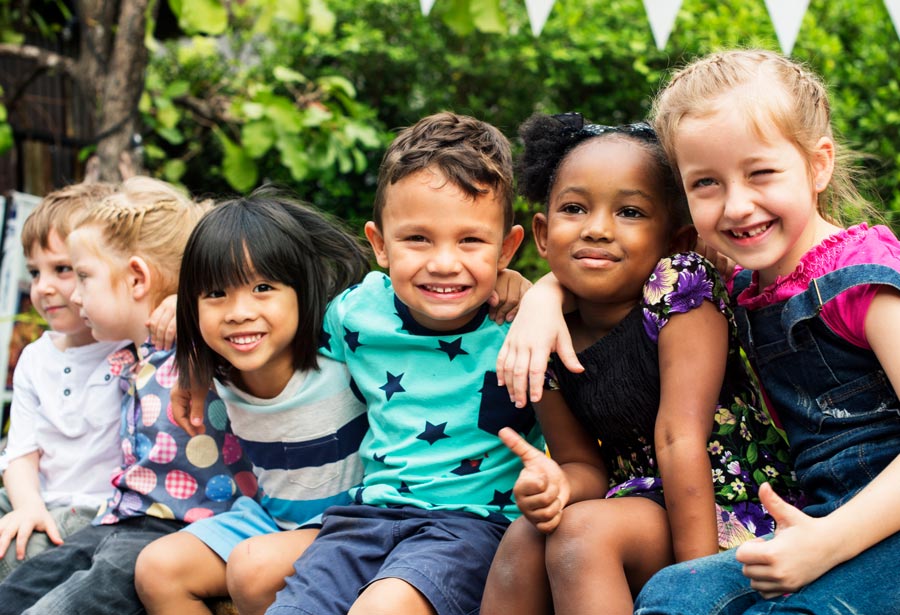 Unleashing Kids' Power; Unleashing Our Own: A Simple Way to Change the Experience of Life

How do we do all this? By providing them with direct collective experiences that feed their bodies, minds and spirits. The campaign is called: Unleashing the Power of Kids Through Fitness, Cooperation, Service & Thought, and it can be adapted to your local needs wherever you are. The first program is already happening in the San Diego area, where it's taking the form of Super Supportive Sundays.

The campaign and program are not just for kids. While focusing on the children, adults participate in the program and are transformed themselves. After all, adults need a new way of experiencing life as well. We need fitness for our emotional, spiritual and physical well-being. We need cooperation to help each one of us reach our potential in the context of Oneness, without being driven by the need to prove something about ourselves. We need to serve our world so that our self-esteem comes from something other than ego. And we need to think clearly and critically about all the paradigms and practices we have accepted as normal in our societies.

Why Is This Shift Critical to Our World?

First because we live in a world where we tend to feel super stressed, because of the competitiveness of our societies. We can feel alone, competing for love, jobs, scholarships, grades, awards, positions, admiration. We compete for intimate partners. We compete for status. Women have traditionally competed more in terms of looks - but that's changing, as women's roles are becoming more like men's, and women are competing more for worldly power as well. And men are constantly competing with one another in order to ensure that they are not seen as weak and vulnerable. Individuals compete. Religions compete. Social groups compete. Racial and religious groups compete. Businesses compete. Friends, co-workers, intimates compete. News blogs compete. And while we enjoy the team spirit, even our teams compete. There's competition within our teams and teams compete with other teams. Obviously competition can even escalate to the point of violence in order to win. It's called war. Sometimes it's just called football.

Competition is a stressful way to live. It makes us hypervigilant about protecting our turf or status. It makes us separate from one another instead of cooperate with one another, even if we should be natural allies. It makes us anxious and suspicious. It makes us tense. Yes, meditation and yoga are great ways to add a pause to the stress and competition. But wouldn't it be better to start off with a world based on cooperation instead of competition? Then we wouldn't need to take a break to try to regenerate after we had already trashed ourselves, stressed ourselves out and felt alone.

Beyond competition, we have a need for fitness, and this need is becoming increasingly obvious to us for our mental, spiritual and physical well-being. We also need to get beyond self-centeredness, so that we can solve our collective problems and feel safe in a thriving world. In fact, overcoming self-centeredness is critical to the co-creation of a sustainable environment for all. And, finally, we all need critical thought, if we are ever to stop replicating the same negative behaviors that we learned from others, behaviors that may give us a sense of power of social acceptance but rob us of well-being. In fact, we all need to learn to question everything and look for solutions that are not necessarily the norm, but which are humane, sustainable and work.

How Did the Unleashing the Power of Kids Campaign Get Started?

Which brings us back to the Unleashing the Power of Kids Campaign. The whole conversation started with looking at football and other competitive sports and why they are still so popular, despite the injuries, concussions and emotional stress they cause in kids and young adults. And the question arose: What benefits do these programs provide that could be replicated in other forms, but without the damage of over-competition and violence? The answer was obvious. What kids need is an alternative that provides them with Fitness, Cooperation, Service and Thought. And adults need the same thing. Spectators need a new experience, too. We need an alternative to sitting in a stadium or our living room, cheering on our team against the other side. We need to feel close to one another, but we don't need to achieve it by fighting against the other guys. In fact, not just in sports, but in all of life, we need an opportunity to feel connected with one another without fighting some other person, team, social group, religion or nation. And we need to be supported to think and reflect upon ourselves and our experiences, so that we can make better choices.

In short, we need a different world based on different attitudes. So how do we begin to co-create this different world? One way is to examine and revolutionize what we're teaching our children, not with our words but with our actions; not just through concepts, but through their experiencing an environment where they can experience the benefits.

Too many of us have squandered our potential trying to prove something about ourselves - guys with macho attitudes, women hurting themselves for beauty, all of us striving to win and be the best, rather than to be real and be ourselves. In this competitive environment, people are left behind and those who move ahead often do so at the expense of their souls.

And since our life training has caused us to embody these attitudes, that's what we teach our children, no matter what our mouths say. But it doesn't have to be so. Let's envision a different way of training our kids, one that transcends the way we were trained. Imagine kids playing cooperative games in school, in the gym, in our communities, discovering the joy of working together to accomplish a collective goal. Imagine them being encouraged to reflect, be of service and experience themselves as valuable through giving rather than winning. And then imagine that attitude permeating them as they become adults trying to solve the problem of global warming and the myriad of other challenges that face our world.

The children are the future. Let's make sure that we're teaching them to be different, so that they may be happier, more fulfilled and more able to confront the complex issues of their world and ours. And in the process, maybe we can retrain ourselves. It might be tough, but you CAN teach grown-ups new tricks.