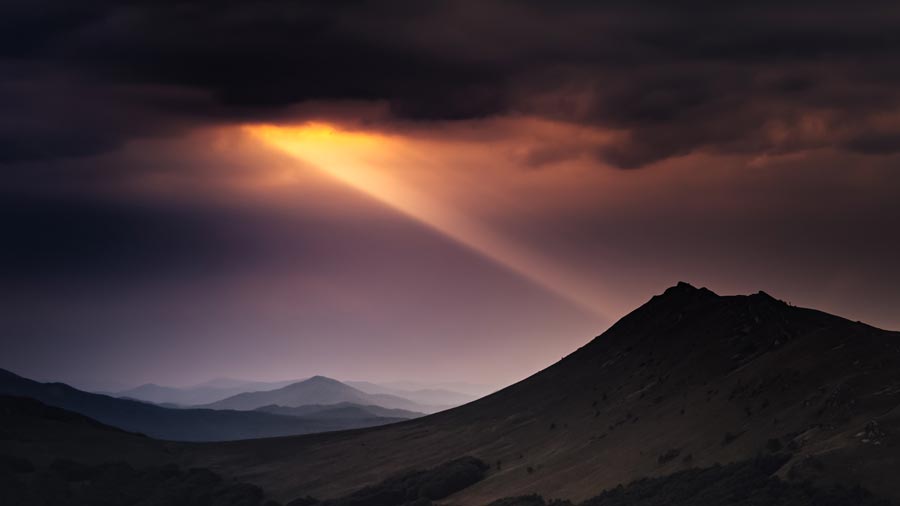 We Need an Inner Revolution and a Radical Spirituality

Major spiritual belief systems were founded by radicals but are perpetuated by conformists. If Moses overthrew the Egyptian faith, who then questioned the awesome and frightening god of Moses? If Jesus rejected the god of the sword, who then overthrew the perfect, loving "father" God? And so on!

Is that a problem? You bet it is. Our slavish adherence to incontrovertible spiritual tenets and gods deadens the mind and stultifies inquiry. Let me describe how.

We started with revolutionary leaders who brought through a new belief system. However, once a belief system has taken hold, especially if the founder is dead, who can question any of the fundamental beliefs and tenets of the group? It's sacrilegious. Buddha might have been able to change his mind, but can Buddhists toss out the Four Noble Truths? Can Muslims question the Koran? And so adherence to the founder's words becomes a straightjacket to spiritual evolution - even when the founder's words can't be authenticated and may actually have been simply hearsay.

Major spiritual belief systems were founded by radicals but are perpetuated by conformists. If Moses overthrew the Egyptian faith, who then questioned the awesome and frightening god of Moses? If Jesus rejected the god of the sword, who then overthrew the perfect, loving "father" God? And so on!

No matter how radical our religious founders, once they attract followers, there is now a group, which gives rise to a structure of some kind, which enforces and propagates the belief system. This seems to inevitably lead to some kind of hierarchy, which is intent upon perpetuating itself. I am now the leader, speaker, bishop, guru, minister, devotee or priest, and I don't want to shake up the hierarchy, because I'm in it, and it gives me status, position, protection and sometimes even economic advantage or access to sexual favors.

Mental straightjacketing begins to pervade the followers. If we are born into the group, its tenets are probably so ingrained in our personality, we can't even recognize them as beliefs. They have become "truths" instead. And if we convert to the group, our need to prove ourselves compels us to declare our undying adherence to the cause.

Our group's rituals and teachings may give our group consistency, but they become a wedge against others. We keep adherents by accentuating the differences between us and outsiders, and this tendency may become even more accentuated if we are persecuted or if we try to spread and grow.

Of course, we forget the fundamental spiritual tenet of Oneness, which is supposed to underlie most religious beliefs. No wonder there is so much strife between religions.

But here's the most extraordinary point. Despite the apparent differences among so many belief systems, there seems to be one point that most, if not all, have in common. It is the belief in the perfect, all-powerful God who cannot be questioned. And the perfect God may have a host of helpers who can't be questioned either - helpers such as saints, angels, ascended masters or other such lesser gods. Now we have an entire hierarchy of metaphysical beings that are perfect and powerful and who do no wrong.

If our Gods can do no wrong, then humanity must be at fault for all the world's pains and dysfunctions. This kind of thinking causes people to feel shame and short-circuits our ability to think clearly. In a universe where God cannot be challenged, the only explanation for evil is our foolishness or the existence of some devilish character or characters who are powerful and bad. Although the ultimate deity may be seen as the creator of all, that entity, deity or consciousness is not held responsible for the creation of evil and isn't held accountable for dealing with it. That's because we are generally afraid to take the final step of overthrowing the hierarchy of God him/her/itself as perfect and all-powerful.

When we look at the world, we see tremendous strife, pain, fear and despair. Yet we are expected to believe in and praise the perfect God who created this universe. And, further, we are taught to blame ourselves for having messed up the plan of the all-powerful God, even though an all-powerful God would had to have created us in such a way that we would inevitably mess up his/her/its plan.

At this point, common sense, observation and experience are out the window, and the only thing left is blind faith, and why would we allow the blind person to steer the car?

A truly radical approach to spirituality is to overthrow all hierarchies and actually question the Creator and the so-called intelligent design, as well as keep seeing our belief systems as evolving, including our sacred texts. Creation is actually evolutionary, and the only reason we believe in a perfect God is that we're scared of life and feel that appealing to the perfect, static God holds the key. We're terrified to think there is no perfect God to save us, and we're terrified to consider the potential consequences of standing up to a god that we fear, even though we declare our love and trust.

If there is a creator and a bunch of saints, masters or other such helpers, maybe it's time that they be awakened to how lousy it is down here and how difficult it is for humanity to change, as damaged as we are. And awakening them is our job.

I am not exonerating humanity. On the contrary, I am calling upon humanity to be accountable for everything we think, say and do. But humanity must also get off our knees, use our brains and demand accountability from the gods that exist, if only in our minds.

That is a truly radical departure from our current belief systems, because our relationship with the universe is now truly turned upside down. We are not the creators of reality. Nor are we created by reality. We are co-creators with the universe, and we all need to be held to account as to how we impact one another and our world.

Isn't it time for a radically new spirituality? Time for an Inner Revolution, where we overthrow the tyranny of what we already believe is true and start functioning from the integration of our intuition, observation, experience and common sense? The Inner Revolution means we question everything, from the way we do our hair to the way we treat our Gods, and "God" knows, it's overdue.