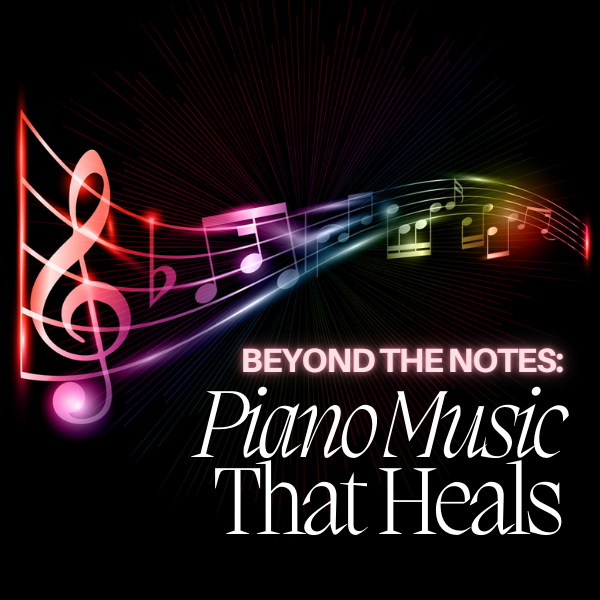 The music that plays on this page features the original, high-resolution, mastered WAV (.wav) files. These will give you the highest quality listening experience but the file sizes are large, so we recommend playing these files when you're sure you're on a high-speed connection without data limits. You might notice that it takes a few seconds to load the songs. Please be patient since it's probably the highest quality music available for streaming that you will find online.

This is the page where you access the transformational music – all of it. You’ll find that it is very varied – from abrupt, fast, stimulating and dissonant passages, to beautiful lyrical melodies, to soothing sounds. Try to go with all of it. It all has purpose. But first, here’s a video by Beth, who introduces the music to you, lets you know what to expect and gives you some tips for getting the most out of it. We think you’ll enjoy meeting her. And we will offer a few more tips after the video.

What’s Here & a Word About the Pianos

There are already over 8 hours of music on the website and each piece is different and stimulates different aspects of us. The music is divided into series, and there is a progression of emotion and intensity as you go through them. Most of the songs have several movements. Series 1 through 3 are recorded on a beautiful 7' Shigeru Kawai grand piano. Series 1 is made up of 10 songs, which progress through different levels of healing. Then comes the Bridge, which is the transition point to Series 2. Series 2 is different in a number of ways, but a major difference is in the recordings process. Beth was able to really improve the quality of the recordings. (Fortunately, Series 1 works really well, even though the recording process could have been better.) Series 2 also has 10 songs. Series 3 has only 3 songs, but they are very impactful. And then there's Series 4, which begins with a song that came to her as she was thinking about Ukraine: Confronting Brutality & Finding Strength. This whole series feels like a completion of some sort, where we have found strength and are ready for a new beginning. Series 4 was recorded on a different piano -- a 9' world-class Shigeru Kawai concert grand, one of only 10 of these pianos produced each year for the whole world. The impact of this piano is amazing, and all our music moving forward will be recorded on this concert grand. And who knows where this music is going and where it will ultimately take us?

For most of us, it’s really good to start at the beginning of Series 1 and progress slowly through the pieces. You may find yourself wanting to really steep yourself in Series 1 before going on. As you go forward, you’ll know whether or not to keep going back to the beginning of Series 1. It really depends on what you need at that time. We find that many of us still need to keep returning to Series 1 for foundational support, but that of course is very individual.

First, we hope you have a good set of speakers, a high-quality headphone or earbuds. From Series 2 on, all the music is recorded in stereo so you will be best served by having a left and a right speaker or two earbuds. Try to listen intently to at least ½ hour of music a day, and more is better. Some people have success doing spontaneous movement to the music. Some find they can walk while listening without losing focus and that their energy and stamina increase. Some really benefit from meditating, drawing, chanting, taking photographs, or engaging in other forms of self-expression while listening. Sometimes, we just need to lie down, listen and even fall asleep. Experiment. The important thing is TO GO WITH THE MUSIC INSTEAD OF FIGHTING IT! It’s a tool for you.

We love the music. It has helped us, and we hope that it will help you, too. And tell people about the Healing Arts Network and this remarkable music. Blessings!